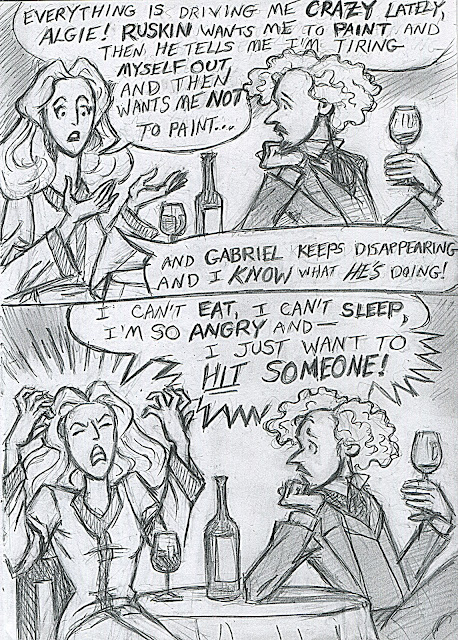 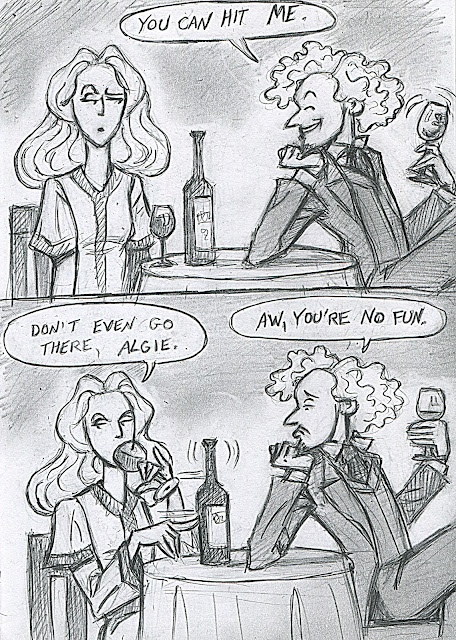 
I talked about in this previous post how Lizzie Siddal and Algernon Swinburne
became very close friends and had an almost sisterly and brotherly relationship, helped
by the fact that both shared the same hair color.
Dante Gabriel Rossetti often said he had to teasingly reprimand them for getting too rowdy in their conversations.
John Ruskin seemed to always be convinced
that Lizzie was terribly ill, even dying.
He wrote in an 1855 letter after first meeting
her that "Rossetti and I will take care of her"
and that she had potential for genius,
"if she lives".

﻿Ruskin offered her money to live on while she pursued her artistic study under Rossetti's tutelage. But once Lizzie reluctantly accepted his patronage, she also found that Ruskin had very little advice about her dream of becoming an artist. Instead, he seemed to want to run every other aspect of her life which included telling her what she must do to "get well", sending her to doctors, prescribing strange medical concoctions, keeping her isolated and treating her in a patronizing manner as if she were a wayward child. On top of this he advised, "Only draw when you can't help it." And when she did break down and actually do some artwork, she was to draw only the way Ruskin told her to, which would take away any  spontaneity and artistic freedom she had.
﻿

Eventually, Ruskin was begining to drive Lizzie nuts. One of his doctors finally advised that she was probably thinking too much --women should never overtax their poor little brains, poor dears; it will cause physical illness and erratic behavior-- and suggested she was not do any artwork for several months. Lizzie was understandably very indignant and this probably added to her reputation for being "difficult". She no longer wanted Ruskin's patronage. Rossetti, who was also relying on Ruskin's patronage, became quite anxious.

All on top of this was Rossetti's wandering eye. It's no wonder Lizzie was thankful for
Swinburne's friendship and attention...


...even if Algie was a little odd, he respected her and made her laugh.

Coming up next: Dickens' Review.
Posted by Raine Szramski at 5:37 PM 5 comments: 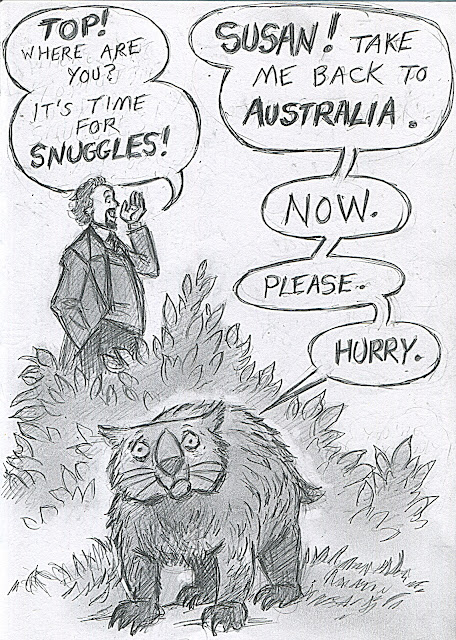 Just sharing  a cartoon I drew for my friend Susan Turner's birthday several weeks ago.
(She lives in  Australia and has been known to send me silly wombat pictures...)

(Pictured: Rossetti and Top the Wombat.)